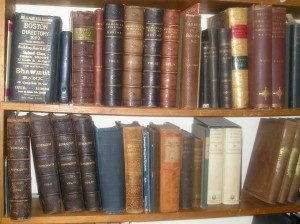 How do you find us?

Genealogical Research, that’s what we do.

Who are our clients ?

Attorneys , Family Researchers, Heir Researchers, Private Investigators. People looking for birth fathers, birth mothers, brothers, sister’, the relatives that went missing, all are family, some you know, some you would like to know.

If  you were born in Massachusetts 1940 – 1960 and adopted in that time span I have a data base collected over 30 years that you may be on. A date of birth is a start. If I have a match let’s see where it goes.

My background: In 1989 I began a search for my sister last seen  April 1953. From that story  people would send me others that that were told , their search could not be done.

1990 – 2002 – researcher for a number local private investigators and attorneys. During that time I traveled through many probate courts and as I traveled I collected what records I could that would help in my research.

Now 30 years later I am still looking for others that have that need to know.

Then there are those that have been searching for a life time.

My name is Al Phinney and I have been involved with genealogical / adoption research projects for 30 years. Today when you read about the newest hobby of the retirees, family and genealogical research, you may think that this is something only retired people do.

Let me tell you about others that search.

Nan and I met in the Summer of 1994. Then around Christmas time we had a conversation about what kind of research I did.

I explained that I did genealogical research and she asked if I did any adoption stuff. I told her I did and she said, did someone tell you I was adopted, I said no, you asked if I I did adoptions. I asked what she knew and she said not very much. I told her after the Holiday’s I’d take a look into her story.

The Story of Ellen A. Flatley – Marian had been searching for over 50 years, trying to locate her grandmother’s grave.

That story started in 1907 and her search ended In November 2008 with a call from me. Then there is the rest of the story when we met in February 2010.

She had been searching since 1970 for her birth father. I met her husband through work and he suggested that she contact me with her story.

Mary Jane, had a friend that had heard of the type of searching that I did and she contacted me about her story.